Once Upon A Time…

Jim and Angie Maroney, native Chicagoans, ventured to the quaint, lakeshore community of New Buffalo, Michigan, migrating to the sun and fun every summer since 1960.

They had dreams and aspirations of one day taking part in the slower, more relaxed pace compared to their hectic existence. Unknown to them, through those years of sun and fun, that one day (Tuesday, July 15, 1975) their lives would change forever.

As the years flew by, the area known as “Harbor Country” had seeped into their blood. The return trips to Chi-Town at summer’s end became much more difficult.

The weekly tips to Redamak’s became an obsession to the extent that George and Gladys knew them on a first name basis.

As the early seventies rolled in the passing of George Redamak had left Gladys single-handedly to run the ever popular roadside tavern.

Jimbo and Angie recalled on numerous occasions when Jimbo would joke with Gladys about one day “owning the joint.”

As they say, “When you least expect it.” Gladys called inquiring as to the Maroney’s interest in Redamak’s. Angie recalls that out of the blue Gladys called. “She wanted to make sure we were both still interested.” She was very concerned that whoever ended up purchasing the business would maintain the image, mystique, and the tradition that many families had come to know. Bottom line, her name would remain on the building.

Reality hit like a ton of bricks on Tuesday, July 15, 1975. Jim and Angie Maroney were the proud but naïve owners of Redamak’s Tavern. Armed with common sense, a work ethic that their generation invented, and a shoestring budget, they dedicated themselves to fulfilling their promise to Gladys, while living out their “own” dream.

By the summer of 1976, they were joined by their two sons (Jimmy and Chuck) and a staff of very dedicated employees: Mae Burns Shiel, Bertha Balzer, Dan Lisak, Katie Dalzotto, Thelma Dittmer, The Morrisons, Schultzes, Kozas, Kissmans, Toni and the late Dom “Stogie” Lombardo, and Linda McKeague to name a few.

Over the past 30 years many dedicated employees, friends, and lending institutions (Bank of Three Oaks – Dick Gatton and Larry Bubb; First Merchant’s Paul Knigga) have contributed and strengthened the phrase “The Tradition Continues.”

In the immortal words of James P. Maroney, “Hurry back folks, I’ve got a mortgage payment due on the 15th…”

So without further ado, come on, bite into a legend at Redamak’s.

“Our Tradition Is A Legend!!”

Your hosts,
The Maroney Family 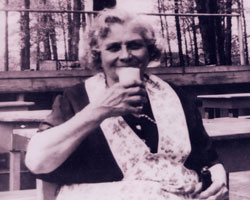 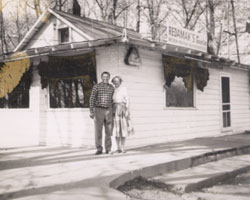 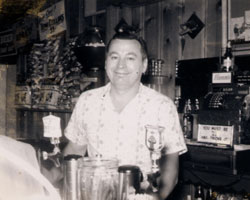 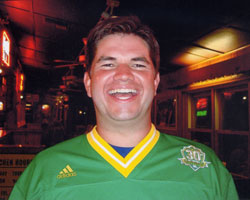 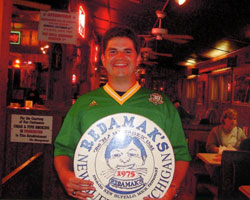 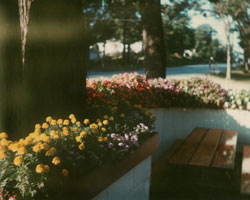 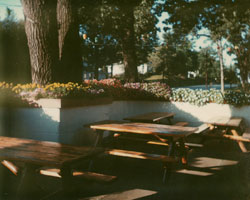 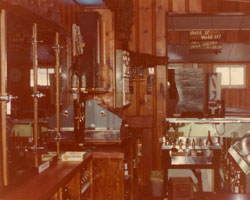 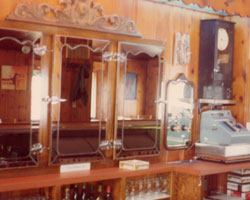 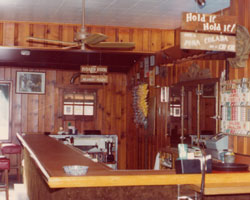 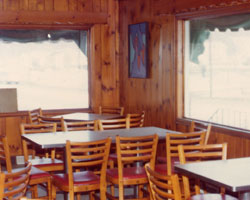 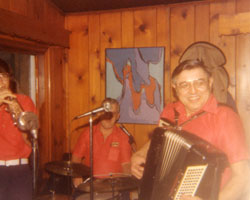 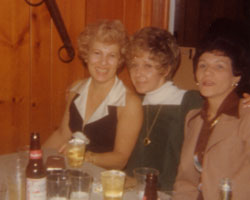 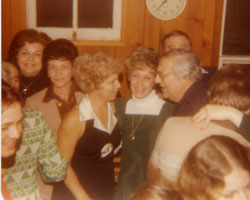 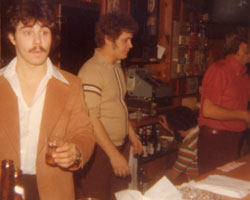 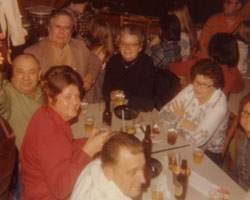 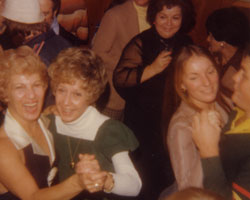 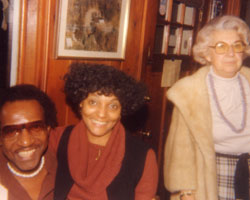 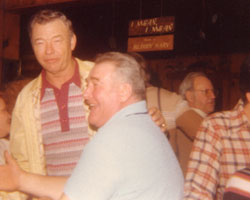 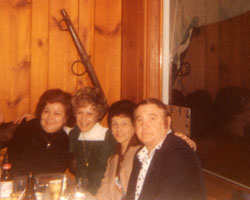 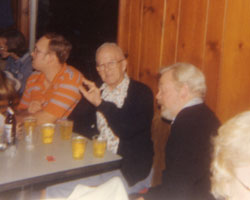 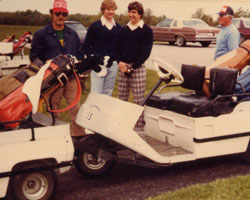 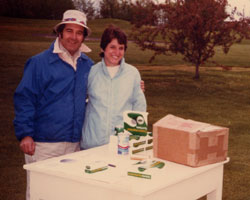 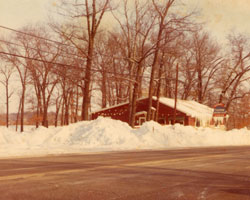 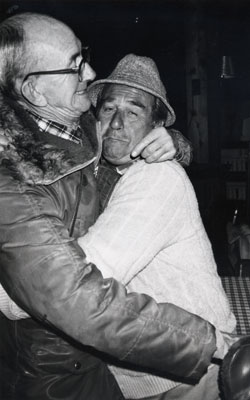 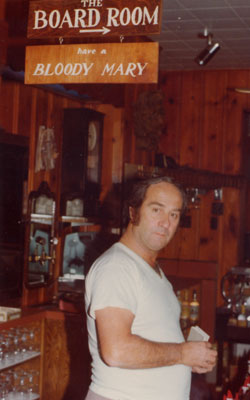 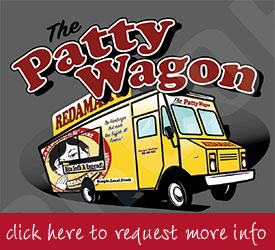 What a fine establishment. I have been going to Redamak’s since it opened. When I was younger and heading back to IN from Hart, MI it was the last stop and well worth the wait. I haven’t been back there in a few years, however I proudly wear my shorts and tell everyone where you can “Bite into a Legend!”
Thanks for all the fantastic service and food.